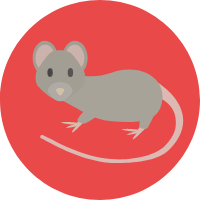 Eradicating wasps from your home is a tricky business. While wasps only sting when they feel threatened, it does not mean they will not attack when you get too close, however innocuous. Besides, most wasp species are social insects that live in large colonies. Typically, wasps build their nests on the ground, on trees, under eves and between walls. If you find one in or around your house, you must call pest control services. Unfortunately, some homeowners think they know best and tackle the problem themselves. If you take the DIY route, you should never do specific things when dealing with wasp nests. This post highlights the don'ts of DIY wasp control.

Burn the Nest — If you feel a wasp's nest, you will realise it resembles paper. Thus, burning down a wasp nest is often the first thing homeowners think of since it would bring down the whole structure. While it is true, the papery nature of a wasp's nest makes it a highly flammable material. Therefore, the nest could spread flames to other parts of your house and eventually engulf the entire structure in the fire. The other reason you should not burn a wasps' nest is that the insects will come out ready to attack anyone and anything close. If burning a nest is your only DIY solution, you are better off calling pest control services.

Pour Water on a Nest — Most Australian homes have an outdoor faucet for watering the lawn and washing cars and bikes. When you fix a hose to the faucet and turn on the water, the high pressure is enough to obliterate a wasp's nest. However, blasting a nest does not stop wasps from building another one at the other end of your house. Notably, wasps never run short of nests as long as they are alive and within your compound. The only way to eliminate wasps and prevent future infestations is to kill them or carry an entire nest and dispose of it in the wild.

Pummeling the Nest — A wasp's nest might look small, but you never know how many there are around your property. If you go bashing every nest you see, it only annoys the insects and puts them in defensive mode. Besides, when wasps become defensive, they release a particular pheromone that other wasps in nearby nests can pick up. Knocking down wasp nests is the last thing you should do, especially during the day when you have people around. Pest control services prefer to cover a nest with a polythene bag and seal its opening.

For more information on pest control, contact a company near you.